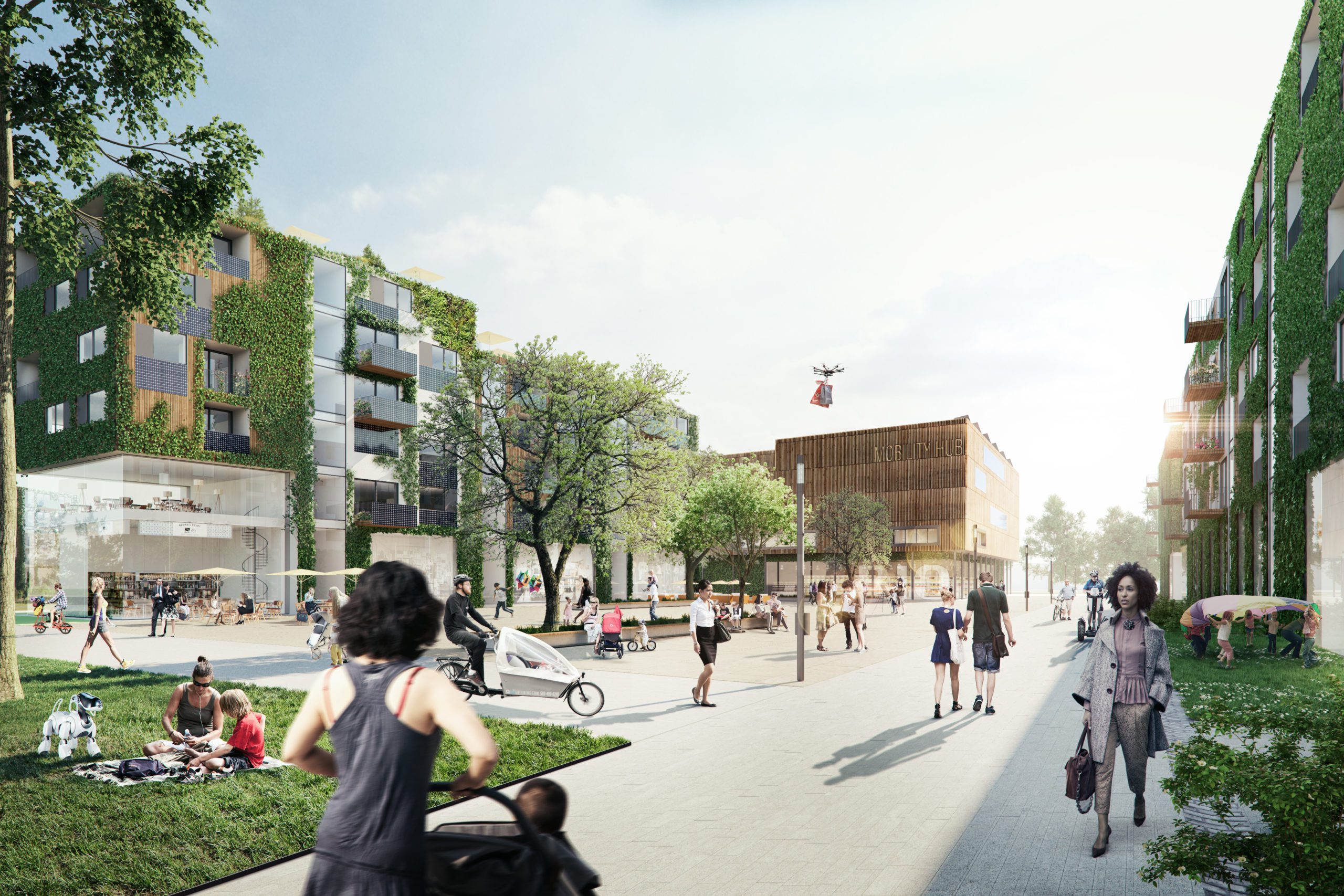 “City of Tree Houses”:
Berlin is planning the largest timber construction quarter in the world – TRIQBRIQ is being discussed as a potential building material.

The city of the future is being built in the middle of Berlin on the site of the old Berlin-Tegel Airport. On 500 hectares – in addition to a research and industrial park and a large landscape area – more than 5000 apartments are planned, all sustainable, innovative, and social.

According to the managing director of Tegel Projekt GmbH, Prof. Dr. Philipp Bouteiller, the fact that the project “relies on wood and the circular economy” makes it a special one. In plain language, this means that the wood is built in such a way that it can be reused after deconstruction. This creates efficient and sustainable material cycles that ensure a considerable saving of building materials.

In order to fully exploit the potential of various timber construction methods in the planned Schuhmacher Quartier, Tegel Projekt GmbH has developed the idea of a “Bauhütte 4.0” (Construction Hut 4.0), where research, testing, and prefabrication will take place right next to the planned timber construction quarter. The aim – following the basic idea of the Bauhaus movement – is to bring together clever, experienced, and creative minds to scale timber construction to an industrial level and make it 20 to 25 percent more cost-effective than conventional construction from as early as the 2nd construction phase.

The project will act as a “catalyst for further thinking in the future,” says Raoul Bunschoten, professor of urban planning at TU Berlin.

The future-oriented developments on the former airport site are attracting a great deal of attention. According to Tegel Projekt GmbH, more than a hundred timber construction companies have already expressed interest in working on the project. One of these companies is TRIQBRIQ.

TRIQBRIQ is perfect for the project

Our TRIQBRIQ timber construction system could help turn the ambitious goals of the Schumacher Quartier into reality. It is therefore hardly surprising that the Berliner Zeitung newspaper singled us out in its report as a prominent example of forward-looking timber construction systems. We focus significantly on sustainability in our construction method. We make it possible to use damaged and weak wood in a climate-friendly way in the large-scale multi-story shell construction.

The TRIQBRIQ production machine that we have specially developed also makes it possible to connect seamlessly to the local forestry industry. And would also be able to ensure a regional and climate-friendly material supply to the construction site at Tegel.

We are therefore very pleased with the exchange we have had so far with those responsible at Tegel Projekt GmbH and hope that we will soon be able to play an active role in shaping sustainable construction in Tegel. 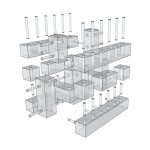 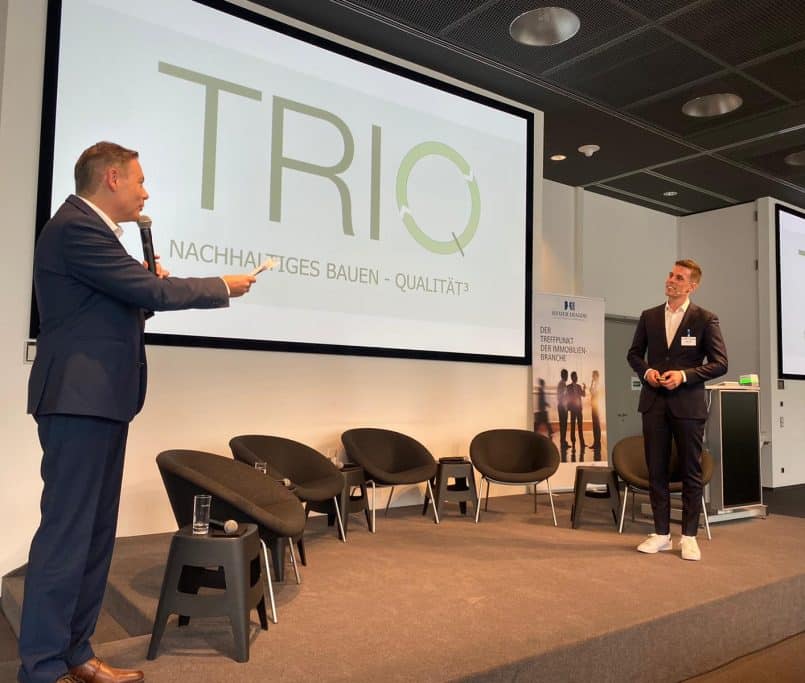 Our vision is a profound change in the... 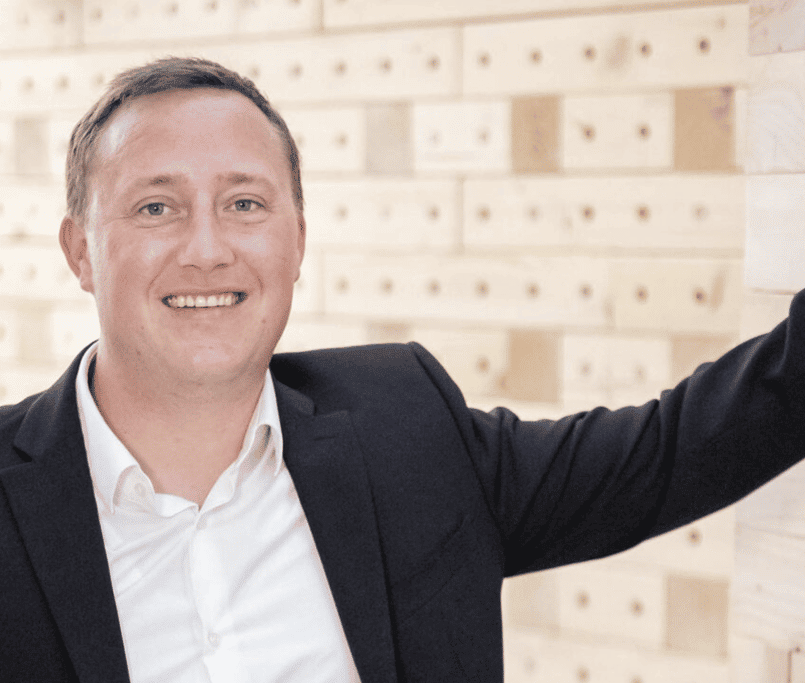 Max Wörner in an interview with Stylepark

“There are a lot of necessary tasks to... 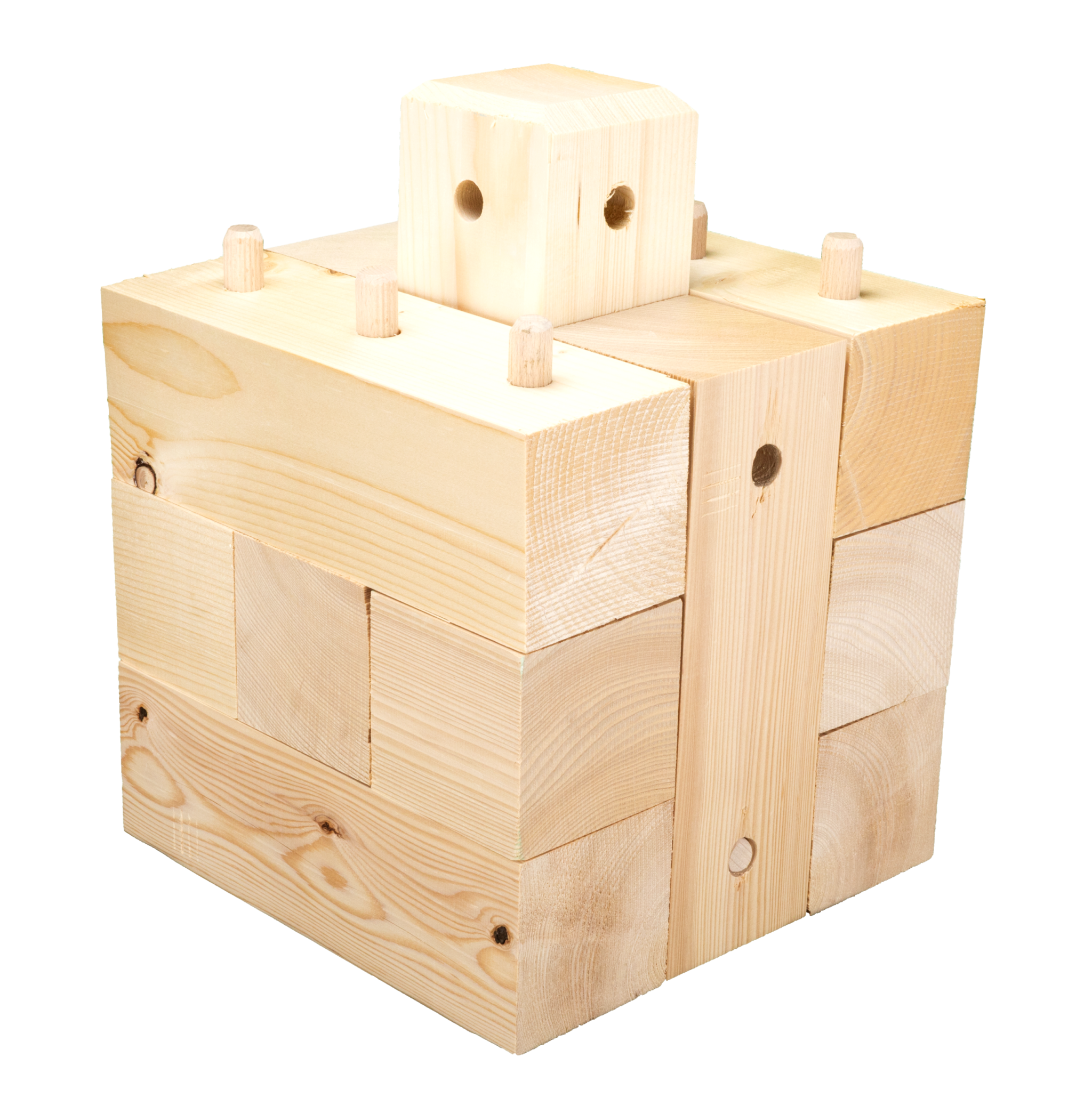